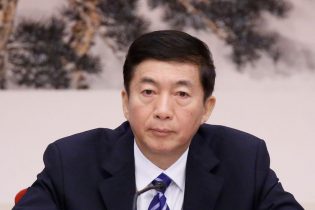 HONG KONG (Reuters) – The new head of China’s liaison office in Hong Kong, the most senior mainland official based in the territory, said on Monday China was the strongest backer of the Asian financial hub, which he hoped would return to “the right path”.

In November, Reuters reported exclusively that Beijing was considering potential replacements for Wang, in a sign of dissatisfaction with the liaison office’s handling of the crisis in Hong Kong, which has seen more than six months of pro-democracy protests.

The liaison office, which reports to China’s State Council, or cabinet, is a platform for Beijing to project its influence in the city, and has faced criticism there and in mainland China for misjudging the situation in the Chinese-controlled territory.