Garrett out as head coach at Cowboys, say multiple reports 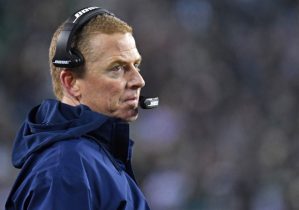 (Reuters) – Jason Garrett is out as head coach of the Dallas Cowboys, multiple media outlets reported on Sunday, ending a decade-long reign in charge of the National Football League’s most valuable franchise.

Owner Jerry Jones had kept faith with Garrett during several middling seasons, but his patience reportedly ran out as Dallas finished the season 8-8 despite an emphatic win over the Washington Redskins last Sunday.

Garrett’s fate was probably sealed the previous week when the Cowboys lost to the Philadelphia Eagles in their penultimate game, when a victory would have clinched the weak NFC East.

Instead, the Eagles advanced to the postseason.

The Cowboys have already begun interviewing prospective replacements for Garrett, whose contract expires this month.

Garrett had an 85-67 record with Dallas, three times guiding the team into the playoffs.

The 53-year-old had four-time Pro Bowler Tony Romo as his starting quarterback for the first half of the decade.

But Romo, hampered by a series of injuries, retired in 2016 after being displaced as starter by Dak Prescott, who has not been able to take the team to the next level.

(Reporting by Andrew Both in Cary, North Carolina; Editing by Kim Coghill)