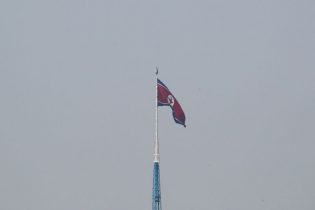 The report did not specify what was tested, but the site has previously been used to launch rockets into space.

KCNA said the test results would be used for upgrading the country’s strategic status.

The reported test comes as North Korea has warned it could take a “new path” amid stalled denuclearization talks with the United States.