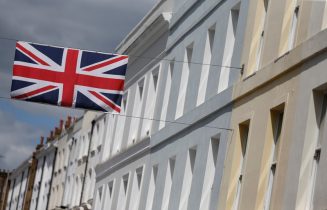 January 4, 2019
LONDON (Reuters) – British house prices took a pre-Brexit hit in December, falling by the most in monthly terms since mid-2012 and rising by their slowest pace in nearly six years in annual terms, according to data from mortgage lender Nationwide.
House prices fell by 0.7 percent from November, the biggest monthly fall since July 2012, Friday’s data showed.
Compared with a year earlier, prices rose by just 0.5 percent compared with a 1.9 percent rise in November.
Both readings were below all forecasts in a Reuters poll of economists.
Nationwide said it expected prices to rise at a “low single-digit pace” in 2019 but its forecast was dependent on the economy continuing to grow modestly, something that looked “unusually uncertain.”
Prime Minister Theresa May is struggling to overcome deep opposition in her own Conservative Party to the Brexit divorce deal she agreed with other European Union leaders, raising the prospect of an economically damaging no-deal departure from the EU in March.
Britain’s housing market has weakened since the June 2016 Brexit vote, led by price falls in London.
At the time of the referendum, Nationwide’s measure of house prices was rising by about 5 percent a year.
Bank of England Governor Mark Carney said last month that in the event of a “disorderly” departure from the EU — not the central bank’s base-case scenario — house prices could slump by 30 percent as part of a broader economic shock.
(Writing by William Schomberg; Editing by John Stonestreet)